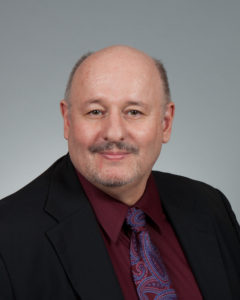 Bill Merrow is a nationally recognized marketing and sales “guru” with over thirty years experience in building businesses.

Bill’s corporate career began in 1984 with CIGNA Healthplan. As Membership Director he led the growth of the Arizona office from 100,000 to over 200,000 members in less than two years. Moving to a corporate position in 1986, he led the development of a national information system and implemented the system in over 40 locations nationwide.

Joining American Express in 1988, Bill was responsible for recruiting, training, managing and motivating 40,000 independent sales people, generating over $60,000,000 in annual new sales. Also at American Express, he was responsible for the company’s annuity products, where he generated over $500,000,000 in new sales in less than eighteen months, all through direct mail.

He launched his first consulting business in 1995, working primarily with General Electric to acquire and integrate insurance companies and distribution channels, leading to the creation of a $7 billion insurance empire. In 2001, Bill joined Management Action Programs, where he worked with over 300 businesses to develop their business and marketing plans. He also trained over 1,000 business owners and managers in the principles of management.

Since 2003, Bill has worked with hundreds of small businesses in the areas of marketing and sales. Bill’s marketing profit model has demystified marketing for those businesses and his mastery of Socratic selling has helped thousands of sales people to greater and greater levels of success.

He is the co-author with Tom Orr of “The Magic of Selling” – a national sales training program designed to teach sales people the principles of Socratic Selling. He has worked with Tom for over 25 years and brings great LTC knowledge and experience to his role as Chief Marketing Officer for The LTC Experts.

Bill also serves as Chief Marketing Officer (CMO) at Therma-Ray, a Canada-based manufacturer of electric radiant heating systems. He is also a Principal and CMO at Your LTC Home Agency and Your Home Care Advisor.

Bill earned a B.A. in Accounting from Ottawa University in 1983 and an M.A. in Behavioral Science from JFK University in 1995. He lives in Phoenix with his wife of 40+ years, Susie and his aspiring-Zombie Mother, and is thrilled to have his daughter and grandchildren nearby as well.