Over the years, we’ve all heard many different versions of Crazy.

Patsy Cline shared her version of Crazy in 1961.

Aerosmith shared their version of Crazy with a new generation in 1994.

Just a decade ago, Billy Currington was more specific, telling us how People are Crazy in 2009.

Even Paul Simon, who was first crazy in 1975, is Still Crazy After All These Years.

But what about California LTC Insurance in 2019?

As I sit here at Senior Insurance Training Services and update you all on the first quarter results of our attempts to revitalize the California middle class market for individual LTC insurance sales, I can’t help myself but wonder what the hell you all are thinking about when it comes to long-term care and it’s insurance.

When I entered this Marketplace back in June of 1987, this insurance was focused on covering catastrophic institutional nursing home care. Cost was the number one reason for not buying the insurance. Consumer awareness of the risk, cost and the need was at an all-time low.

When given a choice to buy either Nursing Home coverage or Home Care coverage, which was not available back then until 1993, everyone wanted to stay at home. Based on the average buyer back then, which was running at about age 67, of which 70% were married, I was being told that we were still 30 years away from the true market potential for this product.

In fact, I was told that the true market potential would begin at around 2011, when the first wave of baby boomers began to turn age 65 – 10,000 every day for the next 20 years. Then, by 2015, all hell would break loose with the full fury of 80 million baby boomers.

Partnership sales in California, which was the best of the original 4 Partnership states to launch in 1994, reached an all-time high of sales in 2002, the year immediately following 9/11, of 16,000 for the year.

But total sales of California Partnership products for 2018 is 4 sales in 2018. Four policies sold!

In 2013, the California Partnership sponsored and paid for a study prepared by the University of California-Berkeley titled “Will Boomers Bust the Budget? A 10-year projection of the unprecedented size and chronic illness of California’s Boomers will overwhelm State’s current capacity to meet growing long-term care needs.”

Between 2013 and 2023, California’s elderly population is projected to expand by over 45%, growing from approximately 4.8 million to nearly 6.9 million individuals. In the previous decade the number of people aged 65 and older group grew by only 18%. 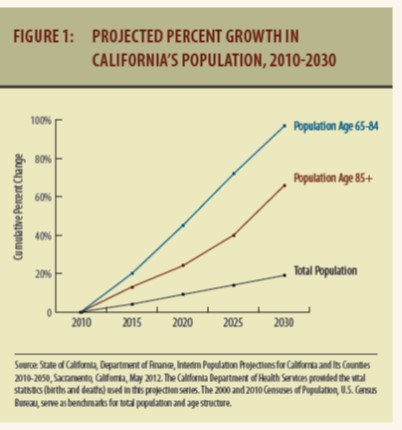 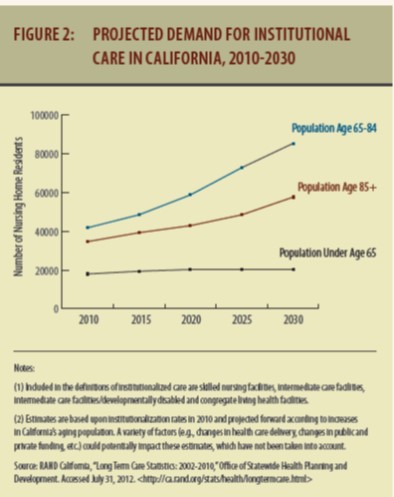 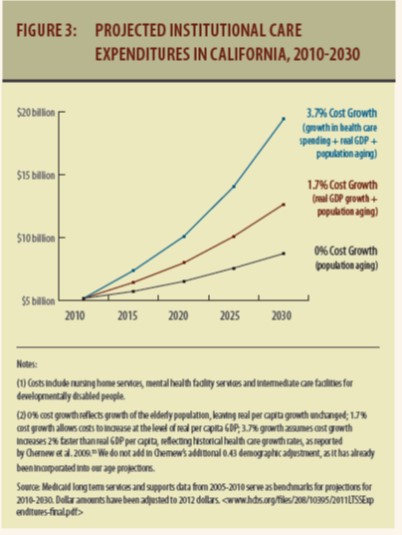 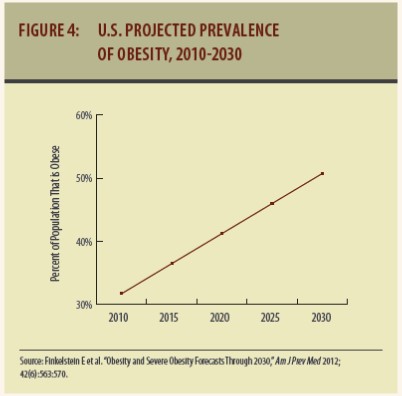 In the LA Times October 12th, 2018 edition, just 5 years later, titled “California’s senior population is growing faster than any other age group. How the next generation responds will be crucial!”

So, let’s connect the dots, shall we? That means a lot of Californians are currently between the age of 50 and 65 right now in this state. The market for individual LTC insurance sales is high.

Be Rich, Be Poor or Be Insured

According to the LA Times article, the wealthy Californians can rely on LTC Insurance or ample savings (be rich) and the poorest can qualify for safety net programs such as Medi-Cal (be poor), but the middle class is especially vulnerable when it comes to paying for care. The out-of-pocket costs can be staggering and Medicare, the federal health care program for seniors, does not cover long-term care.

The good news here is the reporter for the LA Times figured it out on their own. One of the sales tools we used back in 1989 was the “be rich, be poor or be insured” illustration. Watch our video!

Despite all the negative press regarding LTC insurance rate increases, the Insurance Commissioner and the Governor are all beginning to realize something has to be done to address this rapidly growing concern.

That’s the good news. However there still seems to be a disconnect between the California consumer and LTC insurance sales distribution.

As many of you may already know, a major LTC Insurance Partnership carrier has begun to distribute its Partnership in-force rate increases among its California insureds.

We’ve been receiving numerous calls from Agents regarding what option their clients should choose and why?

We also have been informed that another Partnership carrier has requested an in-force rate increase on its current California block of insurance.

Also, you need to remember – and this is important, very important – that when these rate increases go out amongst the California Partnership policyholders, they will be informed that their rate increase will be distributed over a three-year increments.

For example, Genworth is already sent out notices to its Partnership policyholders late last year and now it’s second round for this year is coming in May and June. John Hancock has done the same.

You may remember that one of the key features of California Partnership products is that the program requires a rate cap feature since 1994 and that these policies forms must be kept in separate risk pools. No rate request can be greater than 40%.

So, when Genworth asks for a 40% rate increase, many of their Partnership policyholders will be receiving a 13.3% rate increase each year over the next three years.

However, remember that since 1994,  the Partnership pioneered the requirement that in the event, after the first year anniversary, an individual has the right to step down at any time in lieu of lapse or in lieu of a  rate increase.

So for many of you who have written Genworth Partnership or Non-Partnership policies, as well as John Hancock and soon to be MetLife, you should be prepared to address the questions, concerns and options available to your clients.

In addition to presenting solutions to your clients, you could also be contacted by possibly thousands of orphaned policyholders who have no one to turn to for help and your advice regarding their options in lieu of the rating increase and what would be best for them.

Also, be aware that the California Guaranty Association has been sending out notices to thousands of Penn Treaty policyholders of their options to step down with contingent nonforfeiture options and or buyout options. Agents need to be very sensitive to these options, especially considering the insured’s ability to pay the increase or which of the step down options they should consider and why.

It gets even worse.

If we go back to these Partnership rate increases, the insured will have at least three options over three years to consider in stepping down. Do you want to advise your clients of what their best options may be and why? Do you want to save your renewals and keep your other lines of business in-force?

What are your clients’ options? What must the carrier offer in stepping down? Can you counter offer on behalf of your client? If so, what should you consider and why and based on what?

Well, we have been working diligently over the last six months with the various stakeholders on addressing the multitude of issues and concerns regarding these and future rate increases.

We have held conference calls, webinars with the state’s leading Consumer Advocate, Partnership staff, leading Brokers and Advisors, our Instructors who personally produced LTC Insurance sales, as well as Department of Insurance attorneys, leading industry actuaries and a few company Executives, all in an attempt to try to understand the various options being presented to the California insureds.

As mentioned above, we have spent months analyzing all the various options that have been presented to the various and shirts are the companies mentioned earlier.

In an attempt to try to understand what would be best for the insured, as well as trying to help you analyze which options might be best for them, we creating a checklist questionnaire to assist you and your clients in this decision making process.

With the help of many of our agent CE course participants, we have been more than happy to illustrate rate increase notices, after redacting their clients name and address, we were able to develop a series of variables including:

The list goes on and on, so you can begin to understand how crazy this can get.

However, as we continue to have these in-depth discussions with our group of experts, we can begin to see agreement among the group on the best choices being offered.

In addition, we have been able to counter offer with the companies with great success to further reduce the cost of the current coverage and still be able to provide viable insurance protection.

We are about to finalize our first draft of this checklist or rate increase assessment analysis and begin to track it in our new LTC Insurance Partnership courses.

If you have already taken a course in the last 5 months, you’ll be provided this document online.

We’ll also invite you to attend a 4 Hour webinar we have filed for continuing education in the next few weeks to learn more about the process.

Stay tuned for updates on the new California Partnership Director, company/industry update and additional rate increase updates to learn more how you can take advantage of these challenging rate increase questions and concerns for your prospects and clients.

Reserve your seat today for our new, updated Partnership and LTC Insurance classes and webinars or sign up for our LTC Education Package.